One of the bikes Moto Guzzi had on show at the 2014 EICMA show in Italy was this bagger/cruiser prototype variant based on the 1400 California.
In a sinister carbon black look, with bright red engine valve covers and Brembo stoppers, it incorporates a 21 inch front wheel with a carbon infill disc.
The bodywork swoops to a rear numberplate unfriendly point, with no word on whether this bagger actually has bags, or just the styling.

Moto Guzzi also had a few production variants of the 1400 on display, the Eldorado, and the Audace. 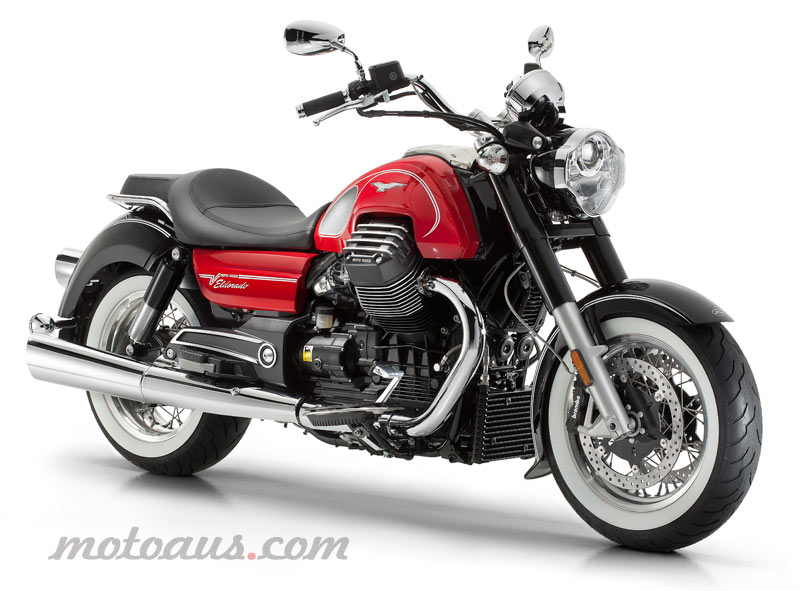